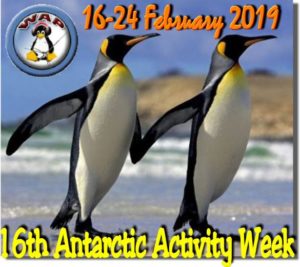 We are thinking on how improving the Worldwide interest around Antarctic Continent and its related  matters. After a bit of brainstorming, we got  some ideas which we would like to present to the attention of our readers and followers. Worldwide Antarctic Program (WAP), has got a lot of interest and received several dozens of appreciations, eventhough we did start with a Web Site just a little ago. What’s to do to achieve better results? We have thought to launch an Antarctica Week Activity,  to be celebrated every years on last week of February, and in any case the week should incorporate  the 22nd of February, where the Argentines are celebrating the  DIA DE LA ANTARTIDA ARGENTINA (Argentine’s Antarctica Day).
For the coming year 2004, it will start  February the 22nd and will be closed on February 28th .

This is an invitation opened to all Radio Amateurs around the world, to the Clubs and Organizations who would like to join us,  and share with us this initiative. Let me try to explain what,  in our mind, has to be done.

Stations from Antarctica can join us and working as many Hams as possible. Nobody will have to give progressive numbers (we do not want to have bureaucracy), nothing at all, just working as DX stile.
Club stations of the Antarctic Institutes, as well as Antarctic Organizations (such as LU2CN Servicio Auxiliar de la Armada who care the Antarctic matters in Argentina, or IY0A in Italy, or any eventual other of such stations), can join the Antarctica  Activity Week.

This is a proposal, and of course we would like to see your comments and suggestions.
Those are ideas, now we need your comments, your point of view, your suggestion to let us know if this first attempt could find your interest. If we will see some kind of appreciation, than we will start.

Again our intention is to draw your attention on The Antarctic Continent, to understand what the Nations are doing to protect this corner of the world still non contaminated, to share a message of peace among the World. Hope you will answer, we’ll be anxious to read your comment.

Regards from the WAP Staff 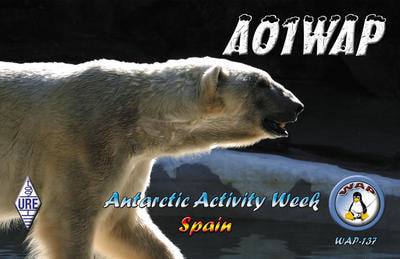 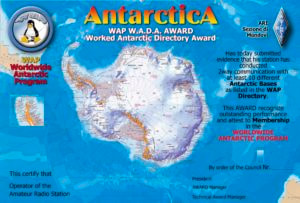